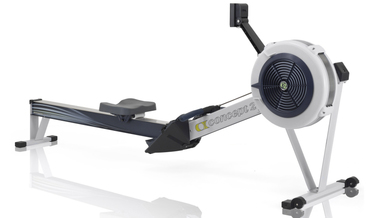 The ever-popular Model D
It may have been around since 2003 (yes, that's 13 years ago!) but the Model D is still the one to beat.

​For a very reasonable price of $945, you get a gym-quality, commercial rowing machine that will take anything you can throw at it.

​And with the new PM5 performance monitor with online features and PC-compatibility, it can compete with anything the competition can come up with.

Also see our quick guide: Concept2 Model D vs Model E
and it's a no-brainer 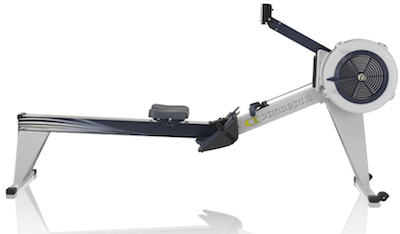 The Model E - the gym favourite
The Model E came onto the market in 2006 and while sharing many components and basic structure with it's little brother, the Model D, the seat sits higher and comes in a glossy finish.

The Model E is popular with gyms over the D because of the seat height as it's easier to get on and off for overweight users, or those recovering from injury.

The chain is also nickel-plated steel requiring less maintenance. In a gym, it's common for a rowing machine to be used for up to twelve hours a day - so these machines have to be tough!

The History of Concept2 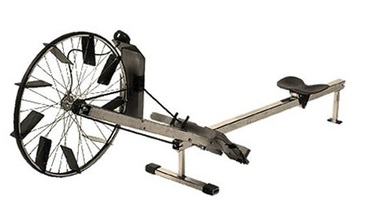 The 'naked' Model A - click to enlarge
The Model A appeared on the market in 1981 and looks pretty basic by today's standards. It used a bicycle wheel with attached flaps to provide resistance and consisted of a simple speedometer to inform the user of their work rate.

Wood was used for the handle and footrests and you can see the target market by looking at the seat - slim, fit rowers! The seat slid up and down on an equally slim rail and the whole machine looks sleek if a little flimsy. But that didn't stop it becoming a world leader in indoor rowers.

Yes, it does look like something you could put together in your garage, but it was Concept2's commitment to innovation that set them off to a great start, The Model A sold until production ended in 1986. 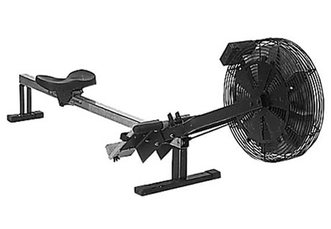 The next generation Model B
Superseding the Model A, the Model B came out in 1986. Wood was still used as before, but the rail was supported by sturdier legs.

The seat was improved to cater for the new user now looking to buy in the growing market of home fitness equipment.

The main developments included a more sophisticated flywheel - well it had to be better than a bicycle wheel :0). The wheel consisted of larger angled fans and was housed in a wire cage. A more informative monitor displayed data such as stroke rate, speed and distance.

Like it's predecessor, this became a very popular rowing machine and established the company as the big name in rowers.

The Model B was manufactured up to 1993. 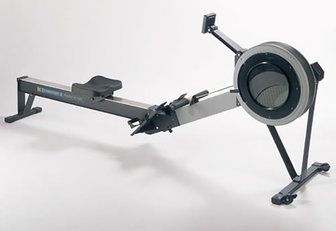 The thoroughly modern Model C
﻿Now we're talking. The Model C came into being in 1993 and looks much like a modern rower you'll find today. While wood was still used for the handle, the footrests were now made of plastic. and the rail became thicker and therefore sturdier.

If anyone had any doubts about the company before, the Model C absolutely cemented their reputation as the one's to watch.

The Model C stayed around for a full ten years until 2003.
Concept2 also make sliders for their machines to replicate the movement on water. They still design and manufacture oars that are considered the best out there. More recent developments include apps and online facilities for users to compete with others any where in the world.

Away from rowing, they make ergo machines for skiers. Whatever they do, the commitment to quality, innovation and customer service make them an obvious first choice for many.

We await the Model F with baited breath :0)
​
You are here: Home |  Concept2 Rowing Machines