When Were You Last in The Zone? 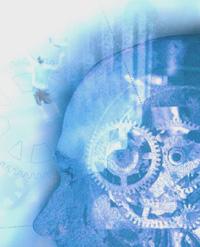 If you've experienced one of those days when everything felt easy and effortless, yet you turned in one of your best performances - you were in The Zone! Maybe it was during a session on your rower when suddenly your action just flowed and you felt like you could keep going all day!

But how did you get there? Can you remember?

The majority of athletes I've coached, don't have a clue - it just happened. I've interviewed international athletes, and they say the same. They prepared in the same way as usual, but all of a sudden .... WHAM! Everything just clicked, and they produced the performance of their life.

So if top sports people don't know how they suddenly came into The Zone, how can it be done?

Well not directly. When I was researching my book, 'The Peak Performance Zone', I came across many examples of these sudden, perfect moments. Perhaps, Kris Akabusi (Great Britain Sprinter, World, European and Commonwealth Medalist) summed it up best. In an interview with him, he described his performance in the 400 meter hurdles, semi-final at the 1990 European Championship. This was his experience on the back straight:
Notice, there's no mention of effort. He may have been running at the extreme of his ability - he won easily - but it was easy and almost effortless as he stormed to victory.

Does It Have To Be Hard Work?

Yes and no. You're not going to become a world-beater, or even win the odd race by not being prepared to commit to training. So yes, it is hard work in this respect.To get out there when you maybe would rather be doing something else, does take effort. But, when you're training, you need to make sure you're not making any harder than it has to be.
Check out the video (right). It's the Women's 800m Olympic final (Athens 2004). By the time the athletes are coming onto the home straight, they're running at the absolute limits of their endurance. Kelly Holmes (Great Britain) pips Hasna Benhassi (Morocco) on the line for gold because she's more relaxed.

Notice how Benhassi actually slows down as she tries in vain to run faster - check out the position of her head, and how it interrupts her rhythm.

I see sports people stiffen their necks, tighten their shoulders, pull faces and all sorts of other actions that detract from their performance, because they're applying effort where it's not needed.

Unfortunately, many do this because they're trying too hard. Yet ...the harder you try, the more likely you'll fail to deliver a peak performance.
If you're not sure whether you do it, get someone to video a session and check. You might also want to try the test here to test your coordination. You can also try the experiment here to experience a subtle difference in your focus and whether it will help you get into The Zone.

Do you find that one day you feel great, yet on others, you can't do anything right? It seems to be a common experience for many sports people, and worse still, many will tell me they cannot predict before they play, what sort of performance will come out on the day. Their preparation is the same, they might even feel great before the race or match, and yet suddenly everything goes wrong.

What factor is at play that seems to pass many of us by? And what can you do to reduce the lows and produce more highs? I believe I may have the answer, and it's not something most people think about. Click here to read more .....

Also see my articles mindfulness for sport.and a mind for rowing.